This Saturday will be my last at my long-running Saturday night residency, The Spread at Broken City. It’s not without some sadness and frustration that I announce this, but on the bright side, I’ve had a lot of fun and good times over the course of the nights almost 5 year run.

If you’d like to join me for one last kick at the can, head on down to Broken City this Saturday, January 30th and we’ll party like it’s 1999. One-time co-DJ and longtime friend Gary Powers will be along to help, just in case I become overcome with tears.

Here’s an open letter I initially posted on facebook to all patrons of the night:

What an amazing 4 and a half years it’s been! Since I started DJing at Broken City in June of 2005, it’s been nothing but an honour and a pleasure to show up every week and share some music with you all.It seems like barely yesterday, the night was having its tentative beginnings with Joe Chan helping me out. The night progressed quite a big when I teamed up with Gary Powers, but eventually I started holding it down on my own, and I loved mostly every minute of it. With your help, I’ve honed my craft and expanded my music knowledge, all the while having a blast . The night has managed to persist longer than most DJ nights can ever aspire to, and for that I’m grateful to all who’ve helped along the way. Zak, the owner of Broken City, for initially giving me the opportunity; the staff and management of Broken City, who are some of the most hilarious, generous, and fun-loving people I could hope to spend a Saturday night with; and of course, all of the great regulars and visitors we’ve had over the years.It is not without some sadness that I take leave from Broken City, but the management has decided they’d like to try something a little different on Saturday nights. What can I say, I’ve had a good run; I wish them the best of luck. And I hope to spot you from behind the decks somewhere down the road.

Treading some familiar territory on this outing with some downtempo and some hip hop.

It was kinda surreal waking up the next day and reading that Apache had died. What a weird fluke that I decided to play him on the show. Had I known, I may have played more of his work.

Balls! I was really hoping to be able to post this show, but unfortunately the server konked out on me again, so no mp3 this week . Nevertheless, here’s the playlist. It’s too bad, because I liked a lot of the songs (shocker isn’t it? I actually like the songs I play…), but I don’t really get to really listen to them all that well when I’m DJing. So I look forward to listening again to my show just to hear them. I mean, I suppose I could make an playlist with all my new music and just have that playing on my mp3 player, but that’s a lot of effort and I’m kind of lazy like that.

If you were intrigued by The Roots’ Sandwiches, an EP of the ‘sandwiches’ that the band performs during commercial breaks on Late Night with Jimmy Fallon, here’s where you can get to the meat of it.

Definitely taken aback by the passing of Teddy Pendergrass as well.

The Globe and Mail ran a great obituary from Nekesa Mumbi Moody which does a great job of outlining the tragic and inspiring arc of his life.

I don’t remember if as a kid I thought we’d all be riding around in flying cars by 2010, but I’m pretty sure I imagined we would’ve at least had a bit more space exploration under our belt – Maybe a mission to Mars or Jupiter colony…Something… Still, who knows what surprises this new decade may hold.

If I may using this show as a metaphor for the human race however, it should be no surprise that not nearly as much progress has been accomplished as sci-fi movies would have had me believe. Here in today’s show — as in most others — I mostly tread familiar ground with some hip hop beats and funk. Though I did manage to sneak a couple of at least semi-recent tracks… 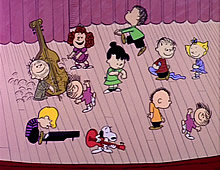 Another year, here and gone – Yikes! This year, despite the awesomeness of our new CJSW space, I had no intentions of spending Christmas Eve and New Year’s Eve in the studios all by myself. I therefore arranged to pre-tape the shows for the Holidays. However, since I’m not super familiar with the new production rooms, I took a couple mixes I already had lying around and overdubbed the track announcements. But seeing as it’s the holidays and I’m feeling generous, I’ll give you the mixes in their original, chat-devoid, 4+hour glory.

Some seasonal melodies to start out the show this week, then what else? – some hip hop and and a couple funk tracks thrown in for good measure.