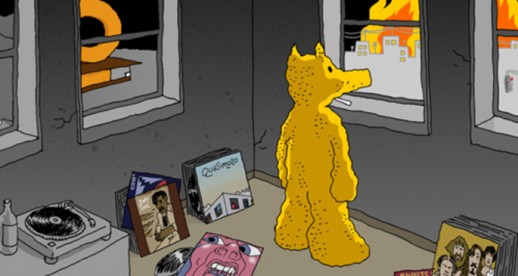 Not so brand new old work from the man Madlib to kick off the show today. From there, it’s some nice hip hop beats, a little bit of dancehall, and an old school jungle rinse out.

Kicking it off in the first hour with some nice classic hip hop and paying tribute to George Duke. Then in the second hour, we wind things up as we take over the Dubble Bounce before closing out with some drum’n’bass.

Crazy how sometimes songs can bring us right back to a certain point in time, or remind us of specific people in our lives. On the Road Pops right before this show, I played Positive Force’s We Got The Funk, and that song always reminds me of a special person from an earlier time in my life. Similarly for Metro Area, and Caught Up especially. The minute I hear that track, I’m telegraphed back to earlier years spent hanging out at The Mercury (I said the Embassy on air, but this was incorrect. To remind me of times at the Embassy, you’d have to have Al Testa and Dean Clarke playing in the Red Room, and I’d have to be waaayyyy too drunk). I spent a lot of Friday and Saturday nights the Mercury, hanging out, listening to Pete Emes, Al Testa, Rob Faust, or Sideshow Sid, or whoever happened to be playing at the time. I even had the chance to fill in for them every now and then, and definitely loved the vibe of the original Mercury location.

Similarly, Gorillaz’ Dare, Pet Shop Boys West End Girls, Jeru’s Come Clean, Nas’ Life’s a Bitch – All songs which bring me back to a moment in time in my life. Hopefully some of these tracks can imprint their own memories on your psyche.

Starting it off with some motown, then working through a mostly hip hop show, with a few funk and soul gems thrown in for good measure.

(Give the drummer some. On second thought, I think he’s had enough…)

I’m kind of been going through a lot of stuff at home recently, which may or may not explain why I played some Lauryn Hill last week, and may or may not have informed some of the soul and funk selections from the middle of the show the week before that. This week, Bill Withers’ Ain’t No Sunshine has been running through my mind quite a bit. Such a melancholy song, which should come as no surprise seeing as it was apparently inspired by a story of alcoholism and codependency, a fact which I only found out today when I read the wikipedia entry on the song. “Sometimes you miss things that weren’t particularly good for you.” Amen, brother.

Anyways, rather than come right out and play Withers’ version, I thought I’d play a short selection of my favourite covers, starting out with Michael Jackson. 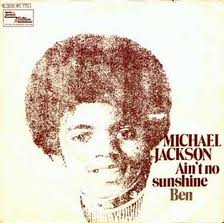 Followed that up by a reggae version from Ken Boothe and then some really funky instrumental reinterpretations. The Prophets of Soul version is definitely a strong personal favourite. Then we dropped into a couple of hip hop cuts. As I was back-announcing the tracks, I was gonna give you a gem of info about Marc Mac, but I ended up cutting it short because I momentarily doubted my memory, but I should have just trusted the instinct. Marc Mac is one half of 4 Hero, legendary drum’n’bass producers who I also played a couple weeks back. The other half of the duo is Dego McFarlane. Tek 9 was a side project of Dego’s. So it all turned out to be related, although that plan hadn’t really been running through my mind when I selected the tracks on the fly. Funny how that happens sometimes.

Then on to a bit of sad news. 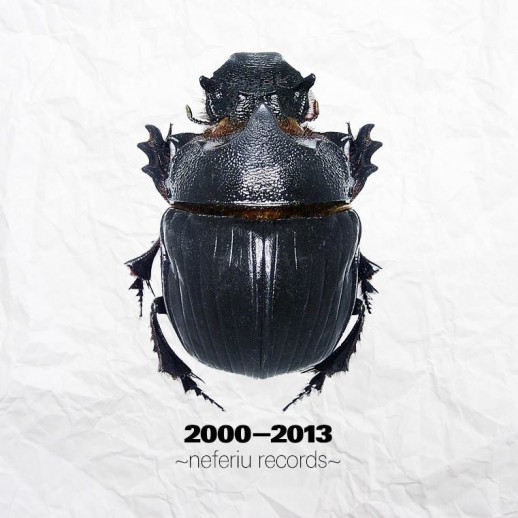 Last week, local record label Neferiu records announced that they were closing their doors. I’ve known label boss Nate (Mantrakid) for many years now, and dude is one of the nicest around. For over 10 years, he’s been steadily putting out quality music on the Neferiu label from local and international artists, and was always kind enough to slip the odd copy my way. I’m sure this isn’t the last we’ll hear out of Mantrakid, but I will be sad to no longer be playing and interviewing Neferiu players about their latest release. So this show includes a very quickly put together, very short, limited and uncomprehensive tribute to the label.

After the retrospective, we speed it up for the last part of the show with a few breaks and deep house numbers. Enjoy!