This week, I had to spend some time paying respect to Heavy D, who passed away suddenly on November 8th. Adding to the tragedy of his untimely early death are the rumours of planned return to the music industry (with his cousin Pete Rock, no less), especially after a really strong performance at this year’s BET awards. Hip Hop trivia tid bit: Pete Rock and CL Smooth’s They Reminisce Over You (T.R.O.Y.) was written with Trouble T. Roy, one of Heavy D’s dancers, in mind.

I remember way back in the day, I recorded the A Different World episode where Heavy D guested and I studied the dance moves carefully, rewinding and replaying the closing credits over and over again to get Heav’s dancers’ and Ron’s moves down.

It’s fun seeing that clip again. Back then, everyone had a pair of dancers and a DJ with them at shows and in videos.

After a break, I had to play a couple of tracks from the Blastmaster himself, KRS-1, ahead of his Calgary show. Then we rolled through some more hip hop and ended off with some dubstep.

Who doesn't love a good starburst? Click to make it Texas-sized...

I’ve been doing a couple of show fills here and there over the last few months, so I thought I’d share them here as well.

First up, the Road Pops. I could never match the banter that Kevin and Grant are known and loved for, so I just dropped some tunes.

DJ Cosm runs a tight ship on Mental Illness and he’s way more up and current hip hop than I am, so I played soem funk and then dropped into some nice late summer jams.
Mental Illness, September 25th 2011 (mp3 – 89Mb)

Ian Chiclo hosted the Friday morning slot for years and years, but recently decided to move onto other things. I know many, including myself, will miss his presence on the airwaves. I’ve had the pleasure of filling for him on the House Blend and its previous incarnation the 2 1/2 Hour Coffee Break, a few times over the years, but this was unfortunately the last.
(mp3 – 161Mb)

If you don’t know the Musiquarium, well… Let’s just say I’d be surprised if you listened to my show and didn’t know about the lead show of CJSW’s Friday Night Lineup. Here I am doing my best impression of a nice and friendly Sideshow Sid, which is to say, someone not like Sid at all…
The Musiquarium, November 4th 2011 (mp3 – 51Mb)
(mp3 – 61Mb) 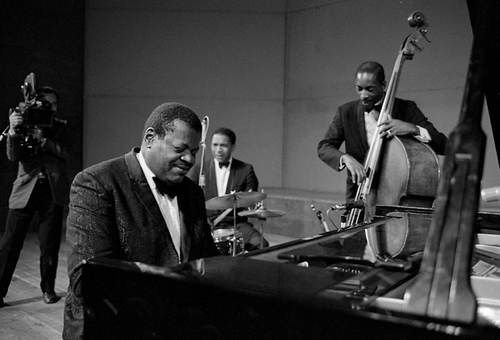 The week after funding drive is often one of the best weeks to be listening to CJSW because all of the programmers are still coming down from their funding drive highs and usually still all talked out, so you end up with some phenomenal programming straight from the heart. This year’s post-funding-drive show was on Hallowe’en so if you’ll let me, I’ll let this show stand in its place as the show that should have come straight after funding drive.

This turned out to be one of favourite shows in a long while — so much so that I was almost getting nervous as I was doing it, hoping not to screw it up with a botched mix… Luckily, other than a few vocal stutters, it turned out just fine. This is the kind of show I think embodies the soul of the Fat Beat Diet, with a wide range of genres spanning several different eras. I hope you enjoy it as much as I do.

The Fat Beat Diet, October 31st
And Thanks, Too.

Much Love going out to all those who once again stepped up and dialed/emailed and donated to CJSW during our annual funding drive. This year, the show was a bit quieter than usual, but with some of the email pledges, I probably raised around $1000. I don’t know if I’ve lost a few listeners with the move to Mondays or whatever, but I may have to rethink the personal efforts I go through for funding drive . Still, I’m very thankful to each and every one who donated to the Fat Beat Diet.

This year the show fell on Hallowe’en, so I did my best to stay on topic as best I could. Some of the ties are tenuous at best (and the first track doesn’t count), but I think it’s still a pretty listenable show. Geto Boys’ My Mind Playin’ Tricks on Me remains the best Hallowe’en related hip hop song ever, imho.