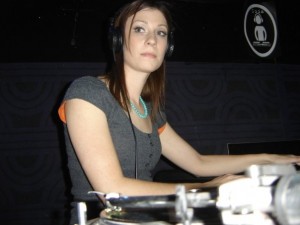 This week, CJSW Drum’n’Bass royalty The Lotus Queen steps behind the decks for our ongoing guest mix series. Fat Beat Diet trivia: The Lotus Queen taught me how to fade a song on the radio boards when I first started my DJ training at CJSW over 10 years ago. Her normal gig, Remote Emissions, was already going strong at the time, pointing to the longevity and quality of her show. Taking a break from her usual genre, Lotus takes this opportunity to drop some heavy dubstep sounds.

No tracklist, sorry. Message her if you’re dying to figure out what one of the tracks were, and I’m sure she’ll be happy to give you the info you’re after.

Well, that was quick…

A few weeks (or was it months…) ago, I posted a snippet of a live set I’d recorded during Uptown Sound, a short-lived Fridays I was doing down at Vicious Circle. I’d been asked to start the night in late March, just before my plans to leave town for most of April. Upon my return in May, I started up in earnest and had a few fun Fridays getting re-acquainted with playing a lounge gig. I was just starting to have fun getting to know the room and the staff, and enjoying the musical freedom of the gig when it was cut short at the end of June. Without getting into too much detail I’ll say that in general, bar management often expects too much too quickly from DJs. We’re not promoters and we can’t work miracles overnight. If you want us to promote, maybe lay that out as an expectation from the get-go and expect to pay for it. Turning a place around and getting a room regularly busy can take several months, and if you try and shortcut the process, you’re often left with a clientÃ¨le that leaves a little to be desired. Suffice to say I would’ve liked to have been able to continue the night a little longer. At the end of the day though, that’s the nature of the industry; easy come, easy go.

This episode has got me thinking I should write more ‘How to’ stuff for DJs, bar owners/managers and clients. Not that they’d heed the advice, but it probably might help me to vent a bit ;). So far I’ve resisted making the obligatory ‘How to make a request’ post, but surely that can’t be too far off now…

This snipped was clipped out from the very start of the night, so it’s got a really slow start. I absolutely love the first 5 tracks and most of the tracks featured are long-time favourites (though there are a few new favs too!). Hope you enjoy.

This week, I took it easy while Nathan guest hosted. Along for the ride was local DJ A-mac, laying down some quality grooves. No tracklist this week, but have a listen as A-mac breaks down some of the tracks and what he’s up to these days.