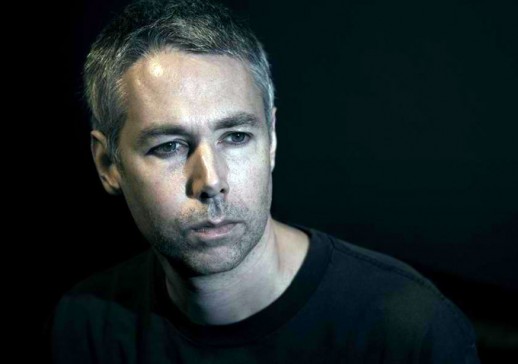 For background, read the New Yorker piece from Sasha Frere-Jones and then read Oliver Wang’s piece at NPR. Wang writes:

Listening to the Beastie Boys for the next quarter century, I mostly thought of them as a group package rather than an assortment of distinct MCs. Their telltale style was a three-man, tag team weave, where each rapper – Adam “MCA” Yauch, Adam “Ad Rock” Horovitz and Michael “Mike D” Diamond – often finished each other’s sentences.

I never thought much of the beasties individually until Yauch’s passing, and now with him gone his deep voice speaks out to me from all of their songs. It’s hard to think of the group without him, and that saddens me a lot… more than I expected, in fact.

Related article you should also read: Adam Yauch’s Work in Tibet More Important Than Ever.

King of the Ave

Tune in tonight as we pay tribute a little tribute to Adam ‘MCA’ Yauch of the Beastie Boys.

How is it that I’ve only just found out about Ebo Taylor? Ah well, better late than never I guess. This new discovery led me to kick off the show in an African mood. Speaking of the rhythms of Africa, have you seen the latest video from Chris ‘Daddy’ Dave?

Dave initially caught my ear as a drummer for the Robert Glasper Trio, whose jazz Dilla covers I’ve played before on the show. He totally wrecks this Fela Kuti joint, and I mean that in the best of ways.

Anyways, Africa quickly leads to Latin America, which then leads to funk then hip hop. I’m super stoked about the recent announcement that Rakim is coming to town. Then after a small detour through Acid Jazz, we’re back into hip hop. Don’t sleep on that Clams Casino production stuff either, it’s making my ears bleed these days because I’m playing it so loud and often. I had someone request a biggie song via facebook (Have you like us there yet?) so we played a bit of that too. I was just checking the request quickly on my phone, so I didn’t actually listen to the track at all before playing it so I wasn’t really sure which version was requested. To cover my bases, I played two versions but as it turns out, neither of them were the right one, lol. Ah well, better luck next time.

Finally, some recent Calgary fire by way of longtime mc Bedroc Ox. If you’ve been to a hip hop show in town, odds are you’ve heard him spit on a mic. Go cop his new track track Smash here:

So enjoy the show: I’m really happy with how it all turned out.