Lately, I’ve been feeling like the show is becoming nothing but non-stop errors on my behalf. This week for example, I completely messed up behind the mic. The fine tech folks at the station have decided to put a mic right beside the DJ booth, which is awesome since the board is pretty far from the DJ decks and something i’ve complained about before. So now, in theory, I can back announce right from behind the decks — except that it turns out I’m completely useless with this mic. For some reason, I can’t seem to get it right at all: Either I think it’s on when it’s clearly not, or I forget to fade the music altogether, so you can’t hear me speak above the din of the music in the background. I find it quite comical actually; I mean, you’d think that after almost 10yrs of this, I would have moved beyond making these kind of rookie mistakes. Nope. Luckily, these are rather minor nuisances (unless you’re listening live and really, really want to know the name of a song). At least it’s not as bad as what happens to this poor DJ:

Anyways, the bonus to you online listeners is that you don’t have to listen to me back-announce tracks at the end of the show (I took it out in post), or hear me over the DJ Premiere-produced Showbiz and AG track (because, apparently, I didn’t have the mic up). Sweet! More music for you folks.

Those snafus aside, I’m actually pretty happy with how it turned out. Granted, I’m pretty happy anytime I can bust out some Wu, some Public Enemy, and some Parliament! 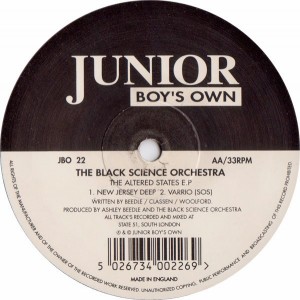 Had a few technical issues bugging me at the start of this week’s show – for some reason the feed coming through the loud speakers had about a 5 second delay on what was actually coming out of the mixer. This pretty much made live mixing an impossibility right off the bat, but thankfully, after hitting a bunch of buttons, I managed to rectify the problem.

What followed was mix of some uptempo funk, wicked classic house tunes and then moving into some more current dance tracks. Enjoy! 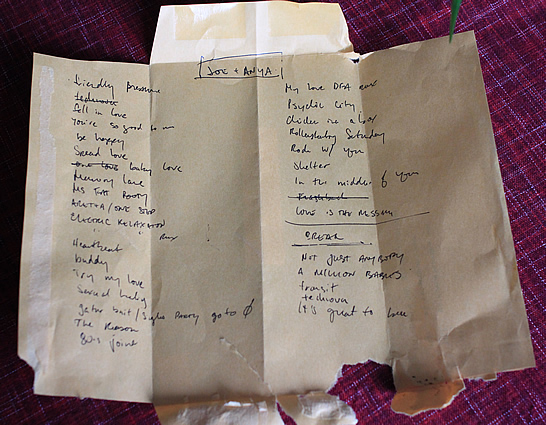 My good friend Joe asked a few of his friends, myself among them, to put together some mixes which would be played during his wedding reception. It’s a good plan since a lot those in attendance are likely total music snobs; this way he avoids having to justify his musical choices and instead puts the responsibility squarely in our court. It’s a responsibility I don’t take lightly, either. Among other things, Joe and I used to DJ together nearly a decade ago, so there’s a few old gems from those days sprinkled in along various other love-themed songs.

Had some difficulty tonight as I started out the show, but lucky for you, through the magic of post-processing you won’t hear it at all in this playback, save when I mention it on-air.

A nice wide-ranging show tonight, starting out with some dub from down under, a slice or two of drum’n’ bass, then some nice hip hop beats (some of which can be had for free!). I’ve totally slept on Shad, but I won’t make that mistake again. I love how the video for Rose Garden references Spike Jonz’ video for the Pharcyde’s Drop. Hip hop nerds nerding out. Anyways hip hop segues to funk and breaks then some house. From house to a stone cold UK Garage classic, then some dub step beats courtesy of Doctor P (who’s in town on the 10th as part of Modern Math at Lord Nelson’s) and Cooly G.

Artists are often loathe to discuss the genre in which they play, leaving the categorization to music writers and critics. I can understand why they wouldn’t want to be pigeonholed or tied down to downward-trending musical genres (see acid-jazz or jazzy hip hop as examples), but genres do have their uses — Especially if you happen to like a certain sound and would like to hear more of it. I received a call during this show from an enthusiastic listener wanting to know how I would describe the tracks I was playing. I didn’t have a ready answer, but blathered on about how the sound belonged somewhere between dubstep and experimental hip hop. After the show, I set out to get some further clarifications, should the question arise in the future.

My first stop was the wikipedia entry for Flying Lotus. Wisely, whoever wrote up the entry decided mostly to side step the meat of the question altogether, describing him as a multi-genre music producer, and laptop musician. Hmm, not much help there — although the sidebar does state his genres as Electronic music & Experimental music, not that that’s all that much more specific. This article goes on to quote a wikipedia entry for wonky music and names Flylo as one of its main US proponents, but the entry has subsequently been edited to remove any Flying Lotus references, so I guess the very poor moniker ‘wonky’ is out. Just as well… But the article does say the sound has also been dubbed ‘street bass’. I like the sound of that one better, but time will tell if it sticks. I’m not sure I’ll be using it anytime soon…

Anyways, call it what you want, but I started out the show with some of my current wobbly, experimental faves. I thought I’d also take the opportunity to play a few tracks from Slugabed and Illum Sphere, who are headed this way via the Hifi Club on September 8th.

Moving into some hip hop, the mixing became noticeably smoother, although only slightly so. Magnolius is a Toronto-based MC that sadly I kinda slept on for a while. You shouldn’t make the same mistake. He rolls with a crew called the PPF House, and they’re all pretty dope too. Check ’em. 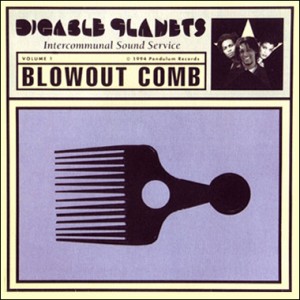 Ending the show with some Digable Planets stuff. They were playing a show the same night at the Distillery, so it seemed natural. Their music’s been a longtime favourite of mine, so any excuse to drop a few true school gems is fine by me. The show had pretty poor promo: Some very in-the-know type folks admitted to me later at the show that they’d only heard of the show a day or two earlier. At the front door, I was informed that Lady Bug Mecca wasn’t part of the show that evening. I should have turned tail right then, but paid and entered anyways. The attendance at the show confirmed the pitiful promotion — the place was d-e-a-d. After suffering through a pretty poor out-of-town opener, I ended up leaving before Digable even took the stage, headed to greener pastures (in the form of DJ Pump and Hedspin) with a CJSW partner in crime. No regrets. The show was later summed up by a friend thusly, “Yo, that was… dry.”