The genesis of my shows is often pure happenstance, but often it starts with just one song which has crossed my path over the course of the week. Maybe I heard it on a blog or the radio or somewhere, but I just can’t get it out of my head and need to share it and get it out there. This week, that honour falls to the Black Noise remix of Crookers’ dancefloor shaker Business Man. This is definitely something I’ll be saving in the crate for that perfect, peak of the night moment, dropping it on unsuspecting listeners.

Seeing as playing that track on the show would put us in a dancefloor mood, I took the opportunity to play a few other new gems and old favourites. In the latter category, you’ll find the Mat the Alien Remix as well as Diplo’s Spank Rock Remix, which I pretty much loved at first listen 3ish years ago and haven’t stopped loving since. In the former category, chalk one up for Amanda Blank whose music seems to be popping up everywhere these days, making even Mickey D’s semi-palatable.

At the end of the show, I just had to drop Featurecast’s re-edit of Aretha Franklin’s One Step Ahead. I’ve known about the song for a while and love the original, but only just got my hands on this version.

Special Bonus this week: I’ve edited out all my voice-over work, so it’s just 1hr of music. Enjoy!

This new 1hr time slot is taking a bit of getting used to. Thankfully, on the upside, the station got a fancy new mixer, so at least now I don’t have to lug my mixer up to the university. Unfortunately someone at the station keeps on unhooking the outbound RCA cable, which totally throws me off when I go to start the show. On top of that, the USB cable is pretty dodgy. But with two weeks under my belt, I think moving forward I should be able to manage these minor annoyances. Luckily for those just joining us now rather than listening live, through the magic of post-production, you won’t even hear my larger blunders…. Yesss!

I’m also test driving a new music delivery method called SoundCloud here on the site. You’ll still be able to download the mixes as you always have, but I’m adding their player to the site also, so you can listen to the shows right on the page. I’d love to know what you think of it, so drop me a comment or an email if you feel so inclined.

UPDATE, or: Oh right, the music… I figured I should at least take a few words to talk about some of the beats I played on the 11th. It’s a bit old now (A year almost in internet time, that’s like a decade in real life…) but you can find the Manipulated Marauders joints here. Also, you should definitely take a listen to the Dirty Sample stuff over at the always good Neferiu Records site. I’m pretty sure I’ve had Planit, aka Dirty Sample’s previous incarnation, in the studio before — but I’d have to check the archives to make sure. Nonetheless, Dirty Sample is straight up killing it on both of his (FREE!) offerings Sounds and The Perfect Mask. Which should make picking up his latest, Two Blue Apes, a complete no-brainer.

Also, I only played the bridge and end portion of Minnie Ripperton’s Inside My Love, but if you have the chance you really should listen to the whole thing, not to mention the rest of her catalog along with her work with The Rotary Connection. Ripperton reportedly had a more than 5 octave vocal range (take that Mariah Carey), and never needed to resort to crappy vocal tricks and hokey melisma to make a great song. 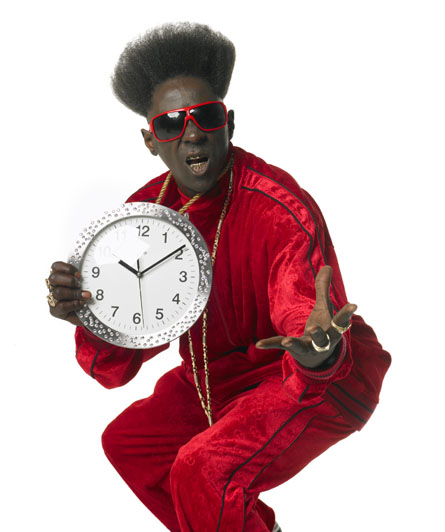 With the shuffling of CJSW programming, the Fat Beat Diet has moved to a new time slot. Instead of going from 10:30 to midnight, as we have for the last number of years, starting tonight the show will now air from 10pm to 11pm. Hopefully you can all join us in our new time slot. Because the show’s also losing a half hour, I’m hoping to slightly re-jig the format in order to make the show even tighter, but we’ll see if that actually works out.

Been a while since I bumped any reggae on the show, so we started it out with some nice classics before easily segueing into some dubstep then some funk and hip hop.

So the idea this show was to link up hip hop songs and their respective breaks. I hastily made up the rules on the fly, so they’re followed somewhat inconsistently, but what I was trying for was to play a song (1) by a hip hop artist and then play the source sample (2). Follow that up with another song (3) from the source sample artist, which would lead into a hip hop song (4) which sampled the song 3. Follow that with a different song of the same hip hop artist from (4). So in effect, it would be 2 and 2 from each artist, hip hop to funk, and back again. What can I say, some funk artists got short-changed… Next time, I’ll have to make up the rules ahead of time and follow them somewhat more strictly…