This Monday was an absolutely beautiful day in Calgary, so I was inspired to play a bunch of tunes with a summer type vibe. Kickin’ it off in a reggae and dancehall kind of way, we then moved in to hip hop for the rest of the show. Had some nice phone calls and requests and in the end, I really like the feel of this show. Hope you do too.

Here at the Fat Beat Diet, we’re not the biggest tokers – we’re a little too mellow by default. But it’s hard to deny the herb’s influence on hip hop. Here’s a few favourites.

Ricca Razor Sharp’s new project, Blades of Steel is part of a special 4/20 show down at the Blind Beggar’s pub here in town this weekend. They’re latest video for H.E.M.P. is not to be missed.

PUTS rock a party (rhyme) like no other, and even go so far as to call out their so-called smoker brethren on ‘C’Mon let’s get high’.

Possibly one of my favourite weed-flavoured tracks

Yeah… like i’d leave these guys out of this…

Starting it out in a soulful mood before dropping into a few turntablism tracks. Then mostly hip hop for a little bit before dropping back into the funk with a few tracks that feature my favourite trombonist, the one and only Fred Wesley.

Tokyo Eyepatch asked me to fill in for him while he was out of town, and this is the result – my take on left field bass music.

Nice varied show tonight, with some reggae to kick things off before dropping into some nice dancefloor classics. Then some new dancefloor inspired stuff, although clearly with a left field bent, and then some hip hop to end it off.

Another nice mellow start to this week’s show before we get rolling with some nice mid-nineties hip hop. Then we roll forward a half decade with a minimix of some J-Live tracks. 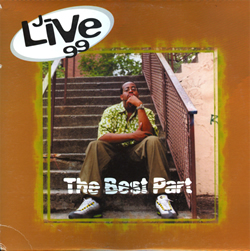 I always liked the back story of a school teacher who moonlighted as an MC. J-Live has long since given up teaching to pursue hip hop full time, and his work speaks for itself. Here’s a recent track where he covers Gang Starr’s DWYCK (which I happened played just a few weeks ago)

People Under The Stairs gets lots of love on the show, and this week is no exception to that rule. San Francisco Knights was one of their first songs, and if you’re curious about it you should head over to Soul Sides and listen to Thes One himself break down the song’s origins on Soul Sides’ excellent series, The Sidebar.

I don’t know why, but this beat became stuck in my head last week as well, so I had to spread the love and put it on the airwaves. This beat bangs! (especially when it’s pitched up a bit) I really need to go dig up a bit more of my old hip hop 12″s. 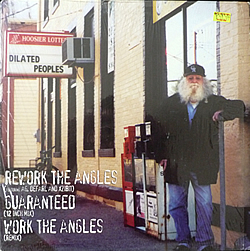