Definitely feeling in a mellow mood this week, a decision was made to keep the BPMs on the slower side of things for the most part, although I did flirt with some more uptempo stuff towards the middle of the show. Couldn’t really help myself because I’m loving the Sinbad remix of Ty’s Heart is Breaking so much recently. Managed to get myself back into relax mode by the end of the show though. Still, any show 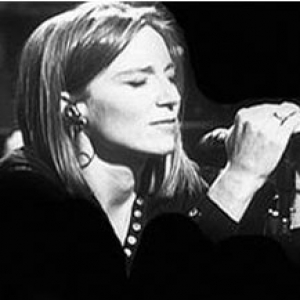 where I can play Massive Attack’s Teardrop (which holds special significance for me) and some Portishead is a pretty fun show in my books. Also, don’t sleep on the Jamie XX vs Gil Scott Heron collabo which started off the show – Personally I think the whole album is an improvement on Heron’s original.

No show for the 10th, as I was still in Oregon.

This week’s show saw me starting off by paying my respects to the recently departed Melvin Sparks and Nate Dogg.

Then we rolled through some recent and not so recent hip hop and stuff.
(mp3 – 55Mb)

In March, I took a road trip down to southern Oregon for a couple of weeks. Staring down the barrel of an 18 hour drive, I figured I’d best make a mix to speed things along. Speed things along, indeed. This mix had me pushing my little jalopy much faster than I probably should have (this, and the latest work form Cobblestone Jazz also). Hopefully it can do the same for you.

The Drive Mix by beatdiet

END_OF_DOCUMENT_TOKEN_TO_BE_REPLACED

Recently, I was listening to Chris Read‘s 1989 mix as well as DJ Food’s 1989 mix. Chris Read, one of my favourite DJs, had recently put out this incredible retrospective of hip hop, spanning 28yrs and 800 tracks from 1979-2007 called The Diary. While “hip hop through the years mixe”s are not necessarily a new concept (heck, I think I played Jaguar Skillz? ?Hip Hop Odyssey‘ mix a few years back and included it as part of some Funding Drive bonus discs), I thought I’d revisit the concept for this year’s Black History month and hit you up with some hip hop through the years.

A great year for hip hop, this was the Golden Era’s twilight years.

The West Coast comes into its own with Dr Dre’s The Chronic.