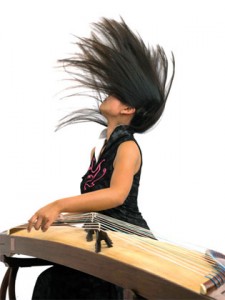 Started out the show tonight with three tracks of the recent collaborative release from Bei Bei and Shawn Lee, entitled Into the Wind. Ubiquity Records have been releasing great music for almost 20 years now, and this album is another great addition to their catalog.

After that, we move through some hip hop and breaks, before winding up the tempo at the end of the show with a few crack house tracks courtesy of DJ Zinc. Zinc is one of the huge names in drum’n’bass, but “disenchanted by the lack of originality [in the genre],” he switched up his style in 2008/09 to crack house. Not familiar with this house variant? It’s like normal house, but fucked up, or so I’ve read. Read up on it here, or have a listen to on of his Fabric mixes. The track Music Makers is driving me crazy right now. If I was DJing a big room these days, I’d be playing it twice a night, and I never play a song twice in a night…

Ended off the show with some Stanton Warriors, who rolled through town last weekend also. Here’s the show.

Some afrobeat and soukous to start the first half hour of the show tonight, before getting into some hip hop and a couple of breaks ahead of the Raekwon show on Sunday the 7th. I’m pretty happy with the way this show turned out, so enjoy.

Pretty wide ranging show this week as we fit in some soul, dubstep, drum’n’bass, beats, hip hop, and funk. How much more do you want exactly?