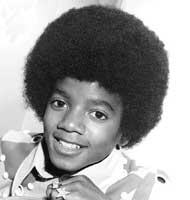 The news of MJ’s passing sure made the rounds of the internets damn fast yesterday. I was amazed at how quickly word started getting out and how people tried to come to terms with the news. I was surprised, although I shouldn’t have been, at just how much of a pop culture touchstone he remains to this day, even with those younger than us 80s babies who didn’t necessarily come up with him as we did. I thought about penning a large ode, but let’s face it, I’m way too lazy. I will say that I’m feeling a lot less cynical about the man today than I was a while ago when Joe, Frank and I talked about it a few years back. I think slate.com’s Jody Rosen sums up my feelings pretty well when he writes, “If there is a silver lining to Jackson’s untimely death, at age 50, it’s how we’ve been snapped out of our fixation on Jackson’s lurid life to concentrate again on his art.”

Part of that silver lining has been re-listening to a lot of MJ’s post-Thriller output and being able to seperate the artist from his work, and just enjoying some good songs in their own right while not having to judge them as not living up to the Thriller standard.

Anyways, as is customary with the passing of important musical figures, we start out the show with a small Michael Jackson set. Then we get back into the normal rhythm of things, and then a summer drive or riding set, before rolling to a different drum with some ragga jungle.

Snatched those lyrics off of ohhla.com. They’re off of Nice ‘n Smooth‘s Funky for You, right after the ‘stick up kids is out to tax’ line, the line so nice i had to play it thrice… Well, I actually played it way more than that if you count all the times it’s scratched in on Gang Starr’s Just to Get a Rep. Whatever Nice ‘n Smooth, you had me at cello. Greg Nice and Smooth B just ooze summer on their self-titled debut. I mean, geez, the video for Early to Rise even has a pool party scene (and of course, matching silk pajama sets… younguns don’t know, but silk used to be big in rapper wardrobes in the early 90s. See Big Daddy Kane. Too damn smooth, indeed). And with this warm weather, and electrical storms and such, well, I guess I’m just feeling summery. Don’t blink. It won’t last.

And don’t sleep on Tanya Morgan or Tiye Phoenix, either. I’m really feelin’ Brooklynati, the former’s latest offering (watch a video of them talking about it, or peep the related, if somewhat obtuse site). And I’ve been feeling the Tiye Phoenix stuff since the minute I heard it. There’s a short clip buried in the middle of this video where tiye phoenix talks about the concept behind Too Late for Us, which I’ve been bumping for the last while as well.

This week, Ricca Razor Sharp drops by the studio along with Mantrakid to talk about his sophomore album, Causeways and C-Trains. The two of them are in the middle of a cross-Canada tour which touches down in Calgary on June 12th at the Palomino.

It’s always lots of fun having the audible intelligence folks in the studio, and this time was no different. I kinda messed up the levels on Ricca’s freestyle, but the 2nd half comes through ok… (d’oh!). If you’re not familiar with the Calgary-by-way-of-Cape-Sable-Island-MC, get a late pass by reading the article in this month’s beatroute.

Due to technical difficulties, there’s no archive of this week’s show. I’m a bit choked. Ah, well…

It was well past being about time…

This week, the warmer weather has me thinking of summer songs, so we started out with that seminal summer tune from Kool and The Gang. I mean, really, if we’re talking seminal summer songs, for me it’s either that one or this one. Anyways, then get into some nice stuff from the latest el michels affair (heck, while i’m linking shit, you should peep this vid too) then ride an Eddie Kendricks beat for a while. Then continue on with some mellow grooves.

It ain’t nothin’ like hip hop music… umm… well, actually, it’s pretty much all hip hop music, save for some jazz and funk bookends.