The Fat Beat Diet, May 9th

Ahead of Calgary’s Jessy Lanza show, figured I’d kick things off with some of this Hamilton native’s fine musical output.

Apperently, it was a pretty good show!

After that, some downtempo, some hip hop, then back up to speed for the end of the show.

The Fat Beat Diet, May 2nd 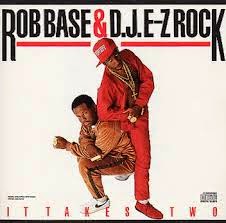 With the unfortunate passing of DJ Eazy Rock, we had to take a moment to celebrate the man responsible for one of the most sure-fire hip hop club bangers of all time.

After a pretty wicked bad mix out of Pal Joey, we moved into midtempo stuff and string of disco heat, followed by some golden era. After that I figured I should play some current hip hop that’s been turning my crank these days.

As we moved into the second hour of another extended edition of the show, I figured I’d venture into Dubble Bounce territory with some bass music, and we kept it there for a little while before slowing it back down for some classic downtempo from the likes of Portishead, Sade, and Massive Attack. The vibe stayed pretty mellow for the rest of the show.

Feeling a bit nostalgic this week about the old acid jazz days so I started it out with some a bit of old Canadian acid jazz goodness with bit of new jazz goodness courtesy of badbadnotgood. Does anyone out there remember 90’s outfit Bass is Base? The trio, consisting of Ivan Santilly, Chin Injeti and MC Mystic, really only had one hit (linked above), but I do recall not minding the album as a whole. I’ve been following the musical output of Ivana Santilli on again and off again throughout the years and have always enjoyed it. She’s apparently working on an album slated to release this year. Can’t wait. Chin Injeti meanwhile has a new album out and we’ve got it at CJSW, which is sort of what set off this whole trip down memory lane. He’s also been doing quite a bit of production apparently (including work with eminem, pink and madchild), but I hadn’t really been aware of it. His new album is a bit meh imho, but there’s a couple of decent tracks on it. Speaking of things I was not aware of — It’s funny, I only just realized while watching the video that MC Mystic is actually Roger Mooking, and is currently on the food network doing his thing.

Anyways after the acid jazz stuff, we rolled into a few tracks of hip hop featuring great female singers before spending a bit of time with Jeru the Damaja tracks. Then we slowly wound things up for the end of the show.

While we’re on the subject of Illmatic… 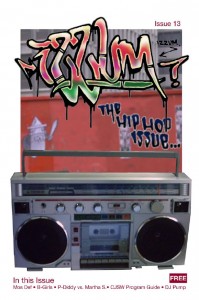 I wrote this almost 10 years ago for a ‘zine called Izzum that a bunch of friends would put out on a monthly basis. Each issue had a column called Essentials, where one of us music snobs would let you know why you should have a certain album in your collection. This issue was the hip hop issue, so I took the opportunity to expand on my feelings about Nas’ Illmatic (which just celebrated its 20th anniversary). I still stand by it.

The Greatest Hip Hop Album of All Time: Ilimatic by Nas.

Don’t agree with me? Fuck you, I don’t care – you’re wrong. While a strong case could be made for say, Public Enemy’s It Takes a Nation of Millions. . . or Run DMC’s Raising Hell (they’re still not as good as Illmatic), when some young punk tried to convince me that Jay Z’s The Black Album was the greatest of all time, I had to school him (told him don’t let n****z fool him…).

“Understandable smooth shit that murderers move with: The thief’s theme…”

1994. Building upon the seminal release of NWA’s debut, strong releases from the likes of Dr. Dre (The Chronic, 1994) and Snoop (Doggystyle, 1993) had shifted hip hop’s nexus to the Left Coast from its NYC cradle. Suburban wannabe gangstas and greedy marketing executives everywhere were clamoring for the sounds of G-Funk. With a debut the strength of which has rarely, if ever, been duplicated, Nas snatched hip hop and brought him back home. In contrast with the loud and flashy LA drive-bys, Ilimatic was cold steel on a dark night, the carnage only to be revealed later on in the day’s light.

Gathering drum tracks from finest DAISY-age producers, Nas laced Primo, Pete Rock, and Large Professor beats with the smoothest tales of ghetto life through the eyes of a 19 year-old. A gifted storyteller with Buddha-blessed pacing, images of the ghetto were painted without embellishment but with rare beauty. Despite his grim surroundings, a sliver of hope gleams through every track on what is, despite its relaxed flow, a densely packed, 40 minute, 10 song (and not a weak one among them) album.

A true East Coast album, I damn near wore out that cassette in my walkman, listening to it again, again, and again on public transit. One day, switching tapes, a gleam from the clear case caught the eye of the kid across the way. A knowing smile crossed his face when he recognized the cover. Not a word was said, but we knew. And now, you do too. 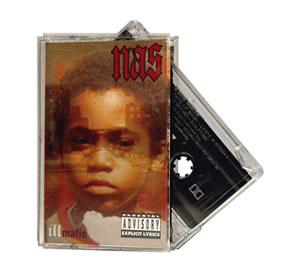 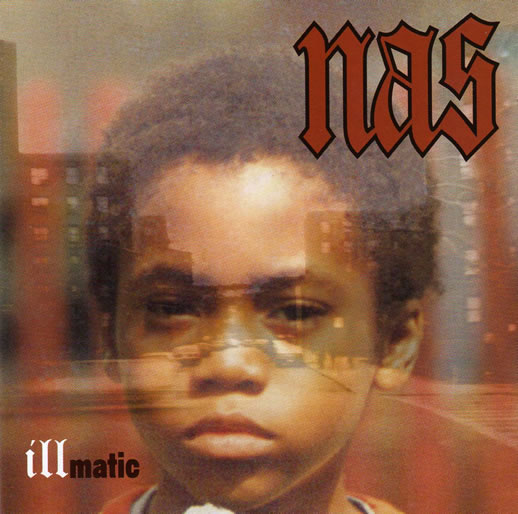 This week, we celebrate the 20th anniversary of Nas’ Illmatic. It remains to this day what I consider to be the best hip hop album of all time. If you’re a hip hop fan and you don’t own or haven’t heard this album, go out and buy it right away. I think I own it in four different formats now.

So we ran through a bunch of Illmatic tracks and original sample material, then some Illmatic inspired or derivative tracks. After the tribute was over, some old hip hop and funk gave way to more recent stuff. Capping off the hip hop, a song from Bishop Nehru, who incidentally as name-checked by Nas himself as the future of music.

Ended the extended show with some drum’n’bass and reggae vibes.