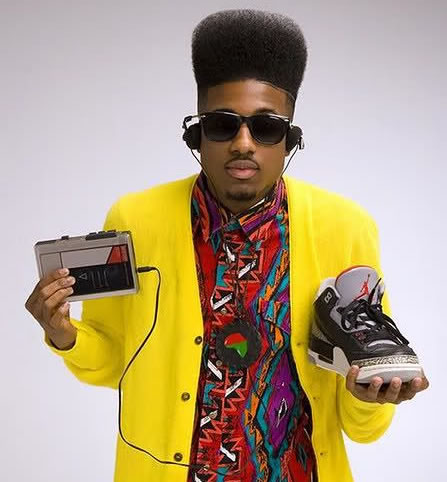 Ah, the late 80s/early 90s — so much fashion gold. But before we get to my Black History Month New Jack Swing mix, I first ran down a few joints that have been spinning around in my head. Von Pea and The Other Guys Chasing Amy is my joint right now.

But back then, my joint was something else altogether, so this week I succumbed to my guilty pleasures and played a half hour of straight up bangers. Commercial hits of old. Vintage New Jack Swing hits, but that’s easily my quota of hits for the next few years (the CRTC limits how many hits we can play on CJSW due to our community radio license, so… don’t tell ’em, OK?). If you’re not familiar with the genre, Wikipedia has a pretty good run down. Shout out to Teddy Riley.

Kinda timely about that Bobby Brown On Our Own track.

I only played the intro rap on the show, but the whole song is good. It was the only good song on the Ghostbusters 2 soundtrack (which I bought on tape. what a waste). Timely if only because of the recent talk of a Ghostbusters reboot with an all-female cast. Go on, I’m intrigued… Anywho, I wanted to play more of the track, but I’d already played a bit of Brown’s Every Little Step, so I had to cut it short. Speaking of (biking) shorts. ahem. 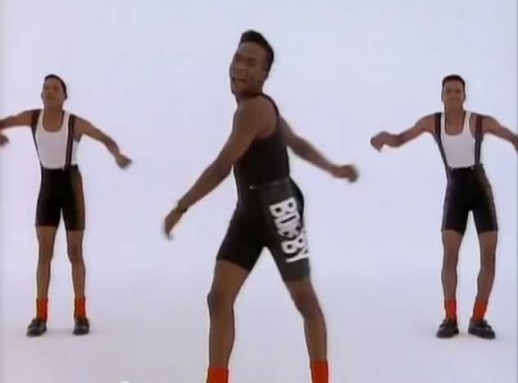 Later on, a little bit of Heavy D (RIP). First time I heard that track was on the Cosby Show spinnoff series, A Different World.

I taped that episode on VHS and spent a lot of time trying to learn the moves at the end. With very little success I might add.

Speaking of moves, Kid ‘n’ Play are probably best known because of this little dance sequence in the movie House Party.

Of course, as part of that movie, there was also this rap battle scene. That movie is a good time capsule of the fashion styles of the New Jack Swing era as well. Kid’n’Play are a lot of fun, but it got hard to admit you like them after Ice Cube’s withering diss in Parental Discretion iz Advised.

So, a couple more classic BBD, BIIM, TTT tracks to round out the New Jack Swing mix.

After that, a crazy snippet from Q-Tip where he explains how Jade’s Don’t Walk Away was the inspiration for the beat of Award Tour. The clip got cut short on air, but it’s here in its entirety. Hope you enjoy this one as much as I did.

Starting it off celebrating J Dilla Day with a handful of Dilla tracks ahead of his birthday tomorrow. Then some hip hop up through funk to house.

After that, seeing as it’s Black History Month, I thought I’d play a bit of an old school test. Like, true old school from the early eighties. I mentioned the track that preceded the Roxanne Shante/UTFO song, ie Roxanne, Roxanne. If you haven’t listened to it in a while, well… there’s no time like the present.

That’s the track that inspired Shante’s blistering comeback. That comeback is all the crazier when you consider that Shante was barely 16 when she recorded it. I didn’t have very good time management skills this week, it would have been great to have a bit more time to let the old school tracks breathe. I mentioned about their length at somepoint at the end of the show… Well, here’s that Mr Magic track in all it’s 9 minute glory. 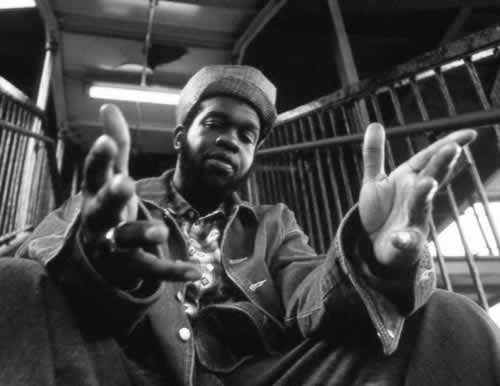 Starting it out tonight with some Jeru the Damaja ahead of his Calgary show, mixed in with a few other tracks, shamelessly stealing a blend I heard another dj do years ago. Yuup, this business be ruthless. Then a bit of Brooklyn-related hip hop. Though the BDP track is a bit of a stretch, seeing as KRS-1 is actually from the boogie-down, aka Bronx. But I had to include it just because of that dis in the Bridge is Over, Brooklyn keeps on taking it. Anyways, after that we slowly wind it up into house and UK Garage for a little bit before dropping into some reggae for the end.