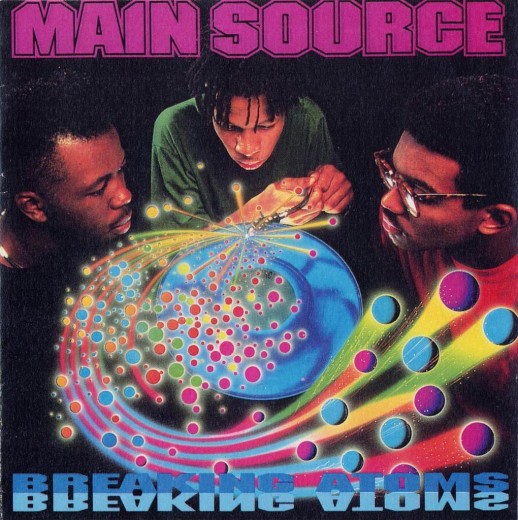 After Yeah, What She Said focused their show on Amy Winehouse, Judy Garland, Janis Joplin and Marilyn Monroe we at the Fat Beat Diet had to kick things off with Dusty Springfield’s great cover of Piece of My Heart, a song made popular by Joplin (though originally written for Erma Franklin). After that, we wound it up through some funk songs before dropping into some Amy Winehouse on the 1yr anniversary of her passing.

After connecting Winehouse to Nas, we then made the connection to Main Source, who’s seminal album Breaking Atoms turned 21 this week (Thanks Soul Sides). Then on to some more hip hop before I flubbed a mix out of Q-tip’s Breath and Stop. I was desperately trying to remember the original sample source for the baseline which ends J.Period’s edit but couldn’t remember it on the spot. I knew it was a jazz cat, and for some reason I was trying to come up with Lou Donaldson but played Grant Green instead. Wouldn’t have mattered anyways as the correct answer was Freddie Hubbard and Povo. Next time…

Anyways, then some more hip hop before slowing things down with Zo’s cover of George Michael’s Everything She Wants. I love the way Zo sneak in a bit of MJ into the bridge (The whole EP is available for download on the Foreign Exchange website). Then a great sumer track from Little Dragon and a few more tasty biscuits to end the show (Don’t sleep on Oddisee‘s People Hear What They See).