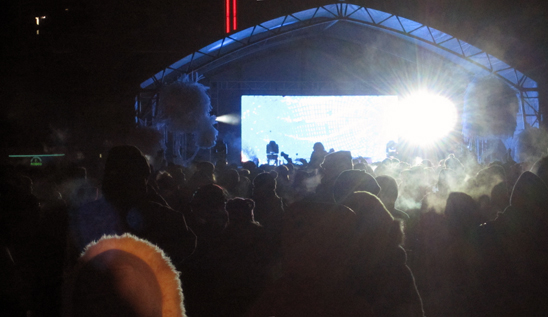 Ahead of the free RJD2 show at Olympic Plaza on January 15th, I thought I’d play some RJD2 at the start of the show. One of my favourite producers I’m a big fan of his wistful hip hop beats. I didn’t know how busy the show would be on acount of the positively frigid temperatures going on in Calgary, but thankfully, attendance was amazing — the place was packed. I can just picture the artist’s dread as he’s sitting on the plane and the pilot announces something along the lines of ‘…and current temperature in Calgary is a balmy -24 deg C…’ Calgary represented though, and RJD2 responded in kind. I would’ve liked to have seen more artists, but damned if I was spending more than one hour standing outside…

Anyways, after playing some RJD2 beats for half an hour, I had to hit you with some hip hop and funk.

Playlist after the jump.